Shockingly, this is a question I get constantly, “What county is Wilson, NC in?”

Well, ladies and gentlemen, it may come as a huge surprise to you that the city of Wilson, NC is actually in Wilson County.

Due to the constant curiosity about Wilson county, I’ve decided to put together a brief history about Wilson County as well as a map showing the bordering counties and the towns within them.

What county is Wilson, NC in!

Contentnea Creek cuts across the county; however, this waterway is not considered a major waterway and travel by large boats are not possible. The lack of a significant navigation channel through the area is a contributing factor that slowed the development of the region.

With the extension of the Wilmington and Raleigh Railroad in 1839, new settlers were attracted to the area, and in the 1840s, Edgecombe County state senator Wyatt Moye proposed incorporating a new town near the Toisnot railroad depot and the Hickory Grove community.  On January 29, 1849, the city was incorporated as Wilson, named after Louis Dicken Wilson, a former lawmaker, and soldier who died during the Mexican War

The first mayor of Wilson, Joshua Barnes, reportedly supported the establishment of a new county, as the residents of the area complained that a court or county seat was too far removed.  Wilson County was created in February 1855 from small sessions from the counties of Edgecombe, Nash, Wayne, and Johnston. 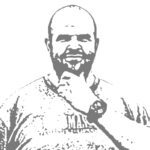 I am very passionate about the towns of Wilson and Goldsboro. I truly believe they are two of the greatest places one could ever call home.

These communities have been amazing to my family and me and I would like to repay them by highlighting the amazing businesses, activities, and people that make these areas incredible.

At our Brewmasters locations, we continually are astounded by how awesome the folks of these communities are and through Brewmasters Mobile wedding catering, we get to experience amazing events across all of North Carolina.

I hope you enjoy what I have to say and if you are ever nearby, make sure you stop in and say, “hey!”

Want me to write about something? Drop me a comment and I’ll do my best to cover it in an upcoming post!